Wind power is a fast-growing source of renewable energy, but that doesn’t mean the industry isn’t trying to lower its carbon footprint.  One way involves purging emissions from the wind turbine’s entire life cycle, whether that’s raw material sourcing, manufacturing processes or the transportation of the components to the wind farm. And that’s what GE Renewable Energy, one of the world’s major manufacturers of wind turbines, wants to do.

Late last year, GE Renewable Energy signed a landmark agreement with Veolia North America (VNA) to recycle blades removed from its onshore turbines in the United States during upgrades and repowering. VNA will shred the blades, which consist of fiberglass and balsa wood, to create material suitable for use in connection with the co-production of Portland cement, the most common ingredient in concrete around the world. The desired goal: A 27% reduction in CO2 emissions due to the cement industry’s avoided consumption of coal, silica and limestone.

Now, GE Renewable Energy is seeking to pursue the same strategy in Europe. In June it signed preliminary agreements with German and French-Swiss companies to dismantle, crush and co-process the blades from some of the continent’s onshore turbines that are approaching the end of their lives. Just like in the U.S., its partners will recycle the glass fibers and fillers from the defunct turbine blades to be used as raw materials in cement and recover the organic materials of blades to provide energy for the cement manufacturing process itself.

GE says manufacturing cement this way could emit as much as 20% less CO2 compared to conventional processes. Jérôme Pécresse, CEO of GE Renewable Energy, hailed the deals as “a truly exciting next step in our journey to introduce new circular life cycle improvements for the wind industry in Europe.”

In the U.S., VNA is responsible for co-processing GE’s onshore blades for the cement industry from start to finish. But given Europe’s quilt of countries, the approach will vary. “We’re trying to find the right local partners and put them together to enable the optimal solutions for our customers,” says Marina Lleonart, a project manager and sustainability lead for onshore wind international at GE Renewable Energy. “Our approach is going to be very country-specific.”

Wind turbine recycling has the potential to be immensely powerful in Europe. In June, WindEurope, the Brussels-based wind power industry association, called for a ban on decommissioned wind turbine blades in landfills across Europe to “further accelerate the development of sustainable recycling technologies for composite materials.” 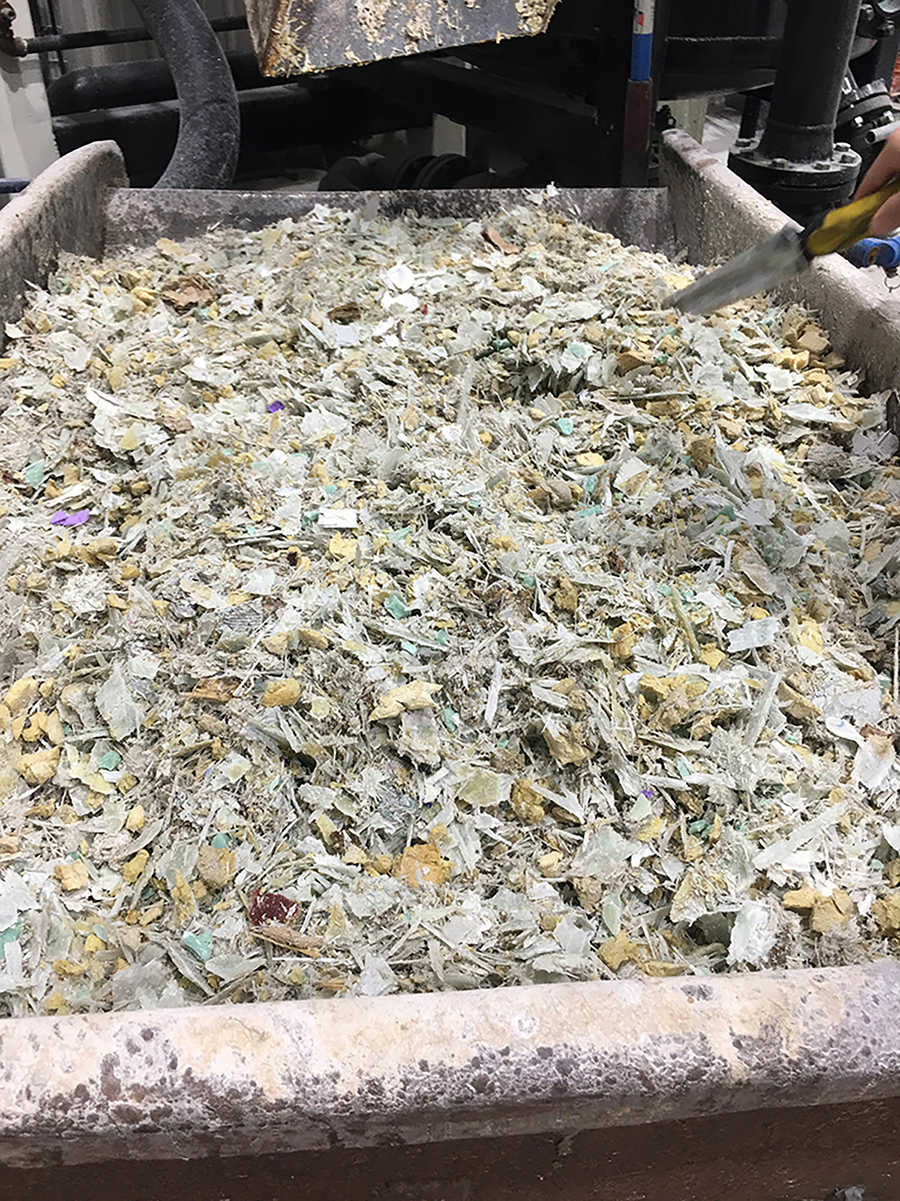 The industry has around 30 gigawatts of installed onshore wind power capacity across the continent that will reach end-of-life by 2025, more than half of which — 16 GW — is located in Germany. The German-based company neowa, which supplies materials to the cement industry, will dismantle, remove and shred up to 90% of the mass of GE’s decommissioned onshore blades in the country, and pass on the shredded pellets for the co-processing and manufacture of cement. “Neowa is delighted to bring our longtime experience in this area to work together with GE Renewable Energy, helping to enable the further recycling of wind turbine blades into the next generation of smart waste solutions,” said neowa managing director Frank Kroll.

Europe’s cement manufacturers, who are aiming for net-zero emissions by 2050, are also keen to play a more active role in developing more sustainable and circular solutions for the renewable energy industry. Edelio Bermejo, who heads up the Global LafargeHolcim Innovation Center, recognizes the impact that this can have on the industry. “With sustainability at the heart of our strategy, supporting renewable energy and the circular economy are top priorities for our business,” he said. “I’m very excited about this collaboration with GE Renewable Energy because it meets both goals at once.”

GE Renewable Energy and its partners are also exploring the potential of shredded turbine blades in concrete, another material that is crucial to construction. (Concrete is a composite material made up of hardened cement and a coarse-grained additive, such as sand or gravel.) “We may be able to substitute the gravel aggregate in concrete with small chunks of blade,” says Arvind Rangarajan, a technical leader at GE Renewable Energy, based in Niskayuna, New York. “If you’re breaking up the blades and mixing them up with cement for roads or foundations, it can essentially happen anywhere.” It’s possible the shredded blade pieces could end up in the concrete that paves Europe’s roads, he notes. Swapping out gravel for blade chunks might also see turbine recycling come full circle because the shredded matter could be the aggregate in the concrete foundations and towers of new wind turbines.

In another project, GE Renewable Energy and LafargeHolcim, along with COBOD, are also 3D-printing wind turbine bases from concrete. Could this concrete include chunks of wind blades? “This is a much longer-term vision, but it’s another really good example of true circularity,” Rangarajan says.