“GE meticulously engineered our H-Class turbines to be an industry leader and help power plant operators thrive in the complex world of the energy transition, providing reliable and sustainable power today and being well-positioned as a destination technology for years to come,” said Amit Kulkarni, Head of Product Management for Heavy Duty Gas Turbines of GE Gas Power. “GE is advancing flexible, efficient, and reliable gas power generation solutions as gas is best-suited to complement renewable energy. We are proud of the momentum, progress, and collaboration with our HA customers as we celebrate this milestone with them.”

In 2021, Southern Power Generation’s 1.4-GW Track4A Power Plant, a natural gas–fired power plant in southern Malaysia that is equipped with the first commercial GE 9HA.02 gas turbines—one of the world’s largest and most efficient power-generating models—was recognized by POWER Magazine as their “2021 Power Plant of the Year” and by Diesel & Gas Turbine Worldwide as “Power Plant of the World” for “a meaningful model for balancing climate awareness, energy affordability, and reliability in power-hungry Southeast Asia.” In addition, the role of GE’s HA technology adopted at China Huadian Corp’s Juliangcheng plant was recognized for its accelerating role to retire existing coal-fired capacity and replace it with new, high efficiency combined cycle with POWER Magazine’s “Reinvention Award”.

Additionally, GE recently announced new HA-powered pilot projects focused on demonstrating power plants capable of operating on hydrogen. GE’s H-Class gas turbine portfolio currently has the capability to burn up to 50% by volume of hydrogen when blended with natural gas.  This capability is enabled by the DLN2.6e combustion system that is standard on current 9HA.01, 9HA.02 and 7HA.03 gas turbines offerings. Hydrogen is not the only path for decarbonizing gas turbines.  GE’s H-class Combined Cycle Plants can also be configured with a post-combustion capture system to reduce CO2 emissions by up to 90%. 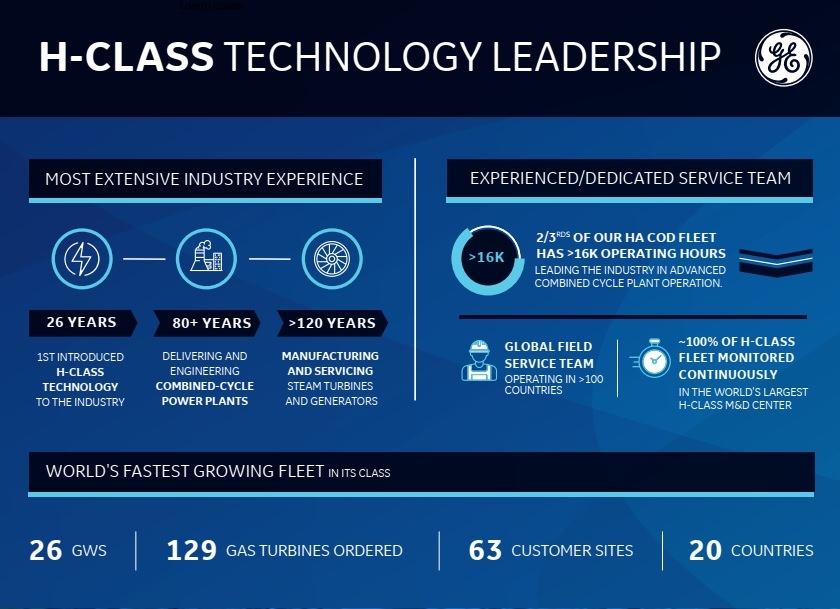 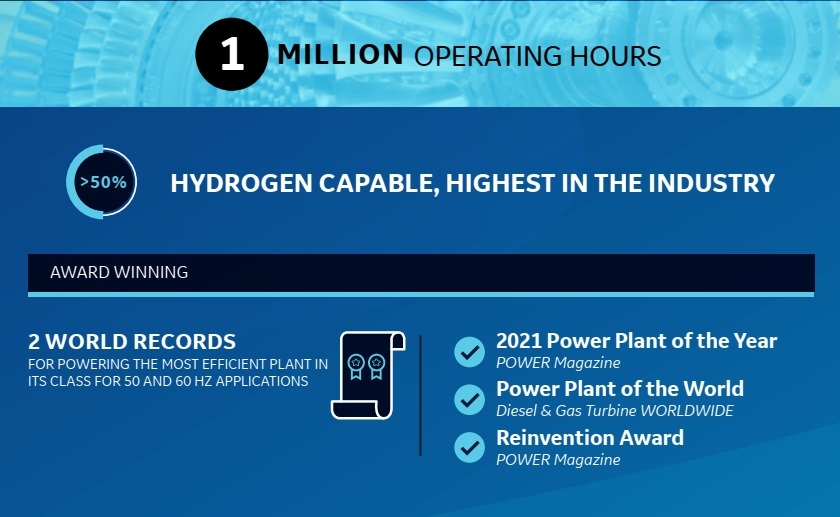 Charged Up: This GE Tech Is Engineered To Speed Up Energy Transition