Vietnam’s Bamboo Airways said on Wednesday it would purchase GE Aviation’s GEnx jet engines for 10 new Boeing 787-9 Dreamliner jets. The deal, valued at $2 billion at list price, also includes an option to power an additional 20 jets. The jets will fly nonstop routes between Vietnam and the U.S. “As of now, Boeing 787-9 is one of the few modern wide-body aircraft that optimally fulfill the requirements of long-distance international routes such as the 13-hour nonstop flights between Vietnam and the U.S.,” Bamboo Airways said in a news release.

In May 2020, a Boeing 787-9 powered by GEnx engines set a world record for the longest nonstop flight with paying passengers when it flew from Tahiti to Paris. The plane covered a 9,765-air-mile distance in 15 hours, 45 minutes. The Australian carrier Qantas has flown a GE-powered Dreamliner even further, in a series of experimental flights designed to test the effects on travelers of ultra-long-haul aviation. Made in part with advanced composite components, GEnx engines offer up to a 15% improvement in fuel efficiency and 15% fewer carbon dioxide emissions than their GE predecessor, the CF6. More than 2,000 of the engines are in service today for 60 GE customers. 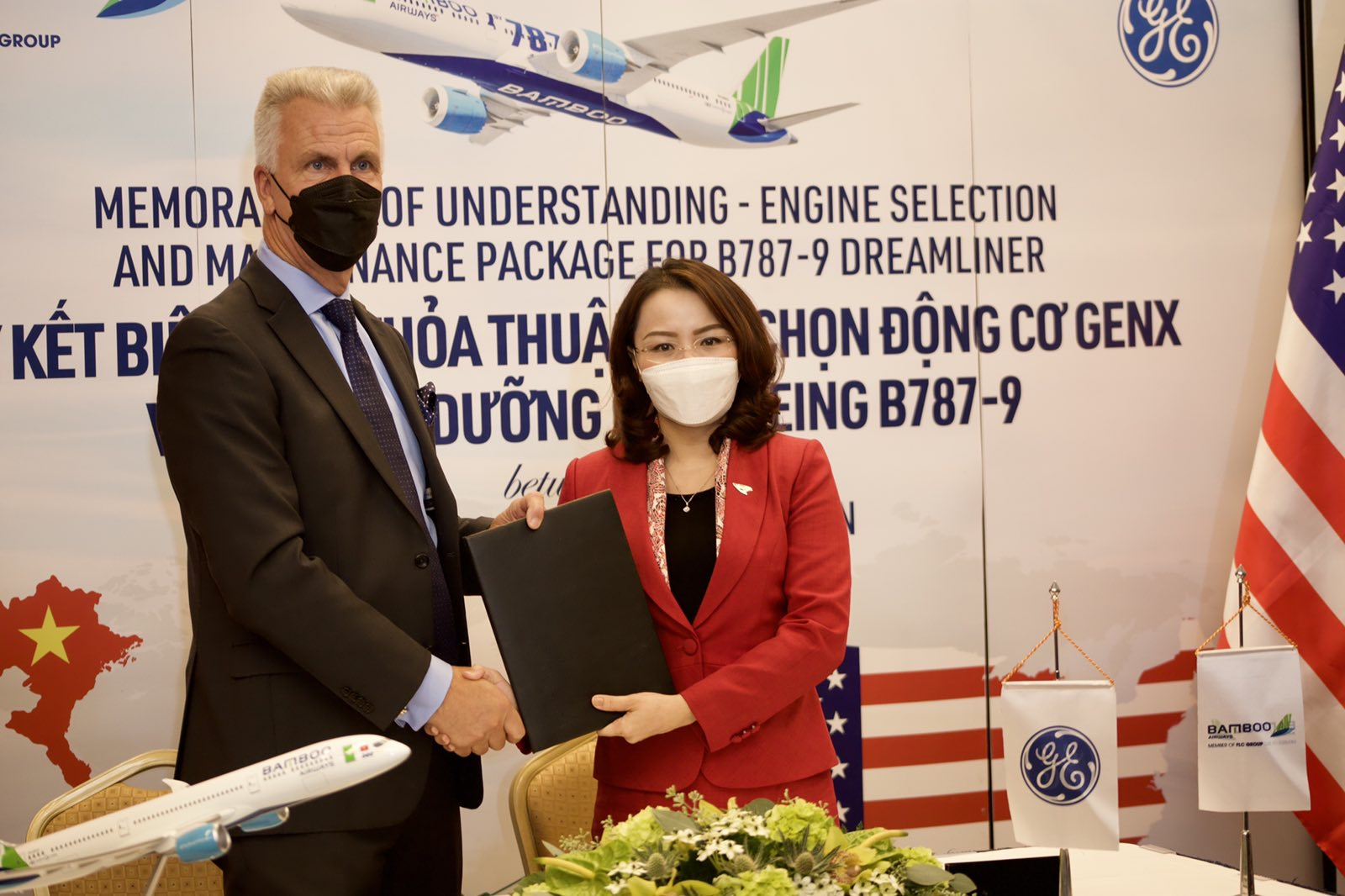 Besides, GE9X engine has been certified by the U.S. Federal Aviation Administration (FAA) authorities, a key milestone in its journey to power the new twin-engine Boeing 777X family. The FAR (Federal Aviation Regulation) Part 33 certification involved nine test engines. This certification achievement culminates GE Aviation’s renewal of its commercial jet engine portfolio, including the GEnx for the Boeing 787 Dreamliner and the CFM LEAP engine.